Software quality is a capability of software product to satisfy stated and implied needs when used under specified conditions. We are conducting researches on how to specify quality requirements and how to measure and/or estimate quality of software, such as goal-oriented measurements and software reliability model.

There are various approaches to quantitatively and statically measuring the reusability of program source code; however, empirical demonstrations of the eﬀectiveness of such approaches by considering actual reuse in actual development projects or of the magnitude of their eﬀect on actual reusability have not been reported in depth. In this paper, we identiﬁed a set of metrics that are thought to be eﬀective for measuring the reusability of C language program source code. Subsequently, for ten projects involved in development with existing software modiﬁcation and adoption, during which conventional source code in an old project are extensively reused and adopted to a new project, we compared values of the static metrics identiﬁed and the reuse results before and after the development. Statistical analysis demonstrated that some of our metrics are eﬀective for actual software development, and we accurately determined the magnitude of their eﬀect on actual reusability. More concretely, it was found that when the percentage of ﬁles used outside the belonging directory is small and the number of function calls is small, the complexity of source code as the material of reuse and factors that are aﬀected by the source code are limited, indicating high reusability.

Software metrics measure various attributes of a piece of software and are becoming essential for a variety of purposes,  including software quality evaluation. One type of measurement is based on source code evaluation. Many tools have been developed to perform source code analysis or to measure various metrics, but most use different metrics definitions, leading to inconsistencies in measurement results. The metrics measured by these tools also vary by programming language. We propose a unified framework for measuring source code that supports multiple programming languages. In this paper, we present commonalities of measurable elements from various programming languages as the foundation for developing the framework. We then describe the approach used within the framework and also its preliminary development. We believe that our approach can solve the problems with existing measurement tools. 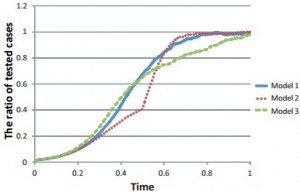